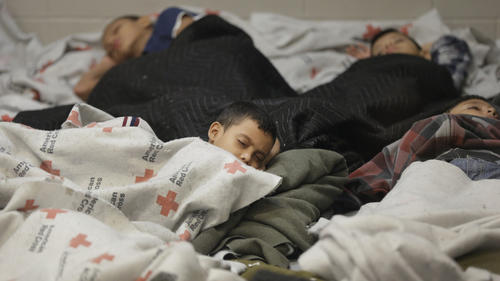 Or, as the subhead suggests, “unaccompanied children.” The story concerns a report from Mississippi Governor Phil Bryant who says that his state now has 179 illegal children. He, like Tennessee Governor Haslam, didn’t find out from the Obama administration, but from Health and Human Services. HHS has no idea – or says they have no idea – where they are.

Call them border youths or unaccompanied children or border kids, but they are still foreigners who came here illegally. But doesn’t it sound so much nicer to call them by those terms than illegal aliens?

Look for that term to begin surfacing elsewhere. The Left simply can’t afford to have things called by what they are. Thus abortion becomes pro choice and Obamacare is the Affordable Care Act. Single payer system sounds so much better than socialized medicine. The Dems have become masters of terminology and the media acts like Fed Ex delivering their packaging to far flung corners of the nation.

Border kids has been used and border children, too, but they don’t have the ring of border youths. Youths is always such a useful term for propagandists. It gives the impression of the future, of noble generations sacrificing for future ones. Of dedicated young people who are willing to give all for their country. Hitler understood this so well, as do our legislators when it comes to education issues.

And doesn’t it sound nicer and better than recruits for drug gangs and invaders? The media thinks so and wants you to, also.