Warning: the pictures you are about to see can never be removed from your eyes. They are horrendous for anyone who appreciates beauty or style. They are an affront to American womanhood.

OK, you’ve been warned. If you continue you cannot blame me.

I first saw this image a few days ago. I’ve seen Michelle Obama wear a lot of ugly outfits, but this one is the Oscar winnning role for her. She wore this on her book tour. In this instance she was being interviewed by Sarah Jessica Parker. Parker has contributed to our cultural demise, as has Michelle. 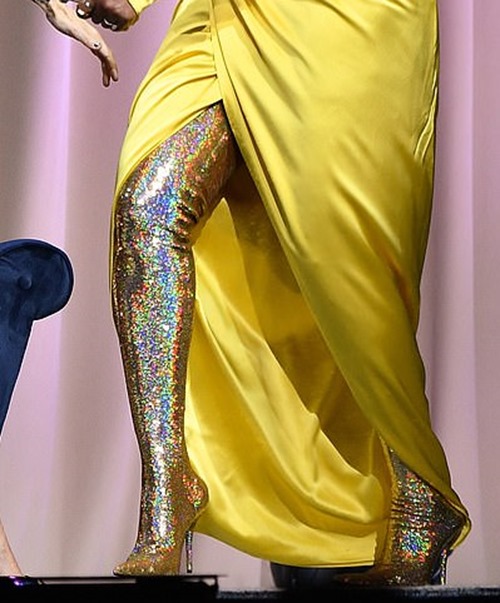 She paid $3,900 for these. Or someone else did, which is how the Obamas operate.

In his view, she even has a “nip” problem: 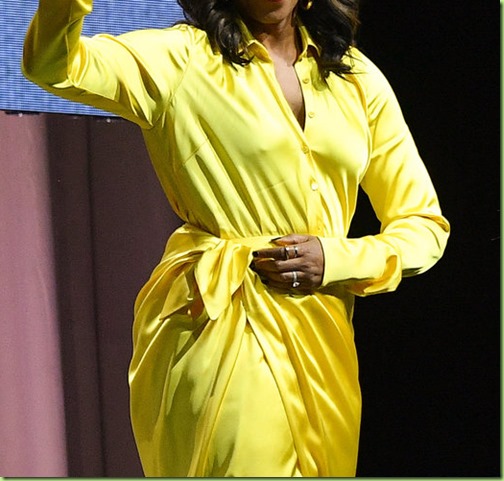 Not a classy look at all!
While you and I wince at this get-up, Vice liked it. They wrote, “She was a boundary-pushing style icon as First Lady too, famously insisting on her sleeveless dresses and inspiring workout routines named after her arms. But, as she writes in Becoming, her self-expression was still largely constricted under the pressure of her former life as the first black First Lady.”

She pushed boundaries, all right. Boundaries when it comes to what is actually good taste and what is showy cheap.

In seeing this outfit, I couldn’t help but remember what the current FLOTUS wore when the Trumps visited Great Britain this summer. The press hated the color – on Melania.

Do you remember how the media detested the color of the dress? They criticized her for trying to look like a princess. And they wrote “According to fashion-loving first-family watchers on social media, the candlelight-yellow silk chiffon design would have looked just as fitting in a fictional castle as it did in that 18th century palace, since it seemed to channel Belle from Beauty and the Beast.”

The beauty is clearly Melania. Michelle fills the bill on the beast in her dreadful outfit.

Oh, but don’t forget. The Trumps were derided for this photo: 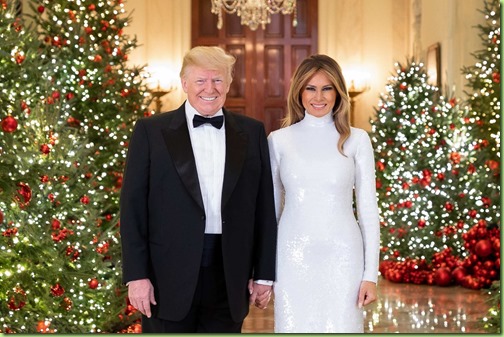 Fortunately, the current First Lady has her values in order as when she wore this:

Sounds about right. I don’t care what they think either. Nor should you.