Despite my desire to shoot out of the room and away from the television when Sen. Chuck Schumer and Majority Leader Nancy Pelosi followed President Trump’s address, I stayed.

After these two popped up 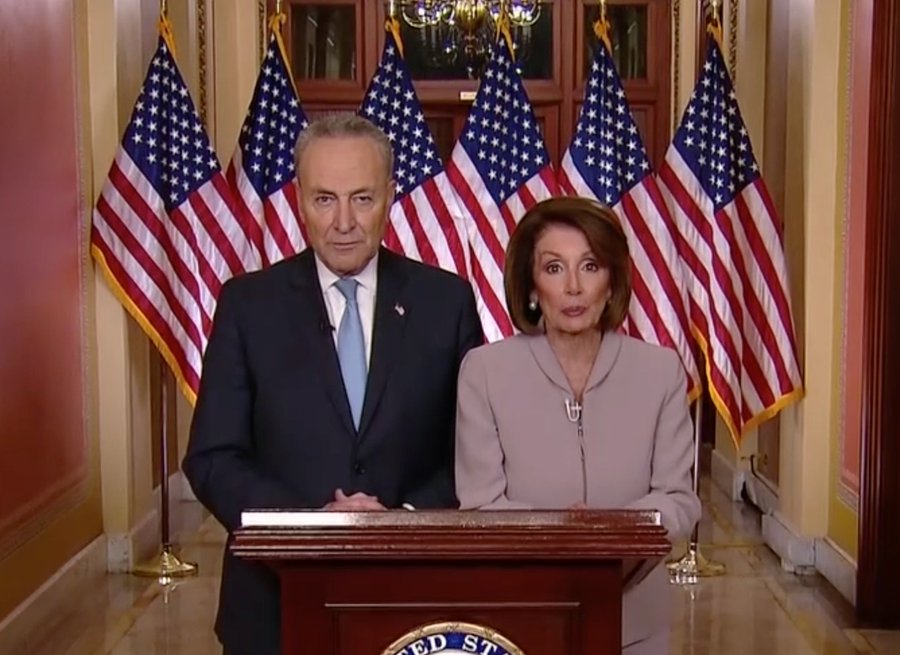 I really wanted to flee. Could they look more like corpses? Me and everyone else immediately saw the resemblance to the painting American Gothic

although Schumer was on the wrong side and without his demonic pitchfork.

I went to Twitter to gauge the reaction. Greg Gutfeld said, “Chuck and Nancy look like they’re selling me a reverse mortgage.” Ouch. Katie Pavlich said, “Can Chuck Schumer stare down the teleprompter any harder?” Another said, “It’s like open mic night at the funeral home.” And these, “Dad is so angry his eye is twitching.” “Your father and I aren’t angry with you, just … disappointed.”
Others urged Nancy to “blink, Nancy, blink” because she was so motionless. 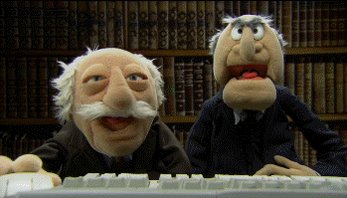 And the angry parents in Step Brothers:

What were the Democrats thinking? I haven’t seen such tone deafness – not to mention visual impairment – since Jimmy Carter proposed a 68 degree thermostat and cardigan to stop rising oil prices.
Did anyone hear their message? Most were probably so appalled by the visual that they didn’t pay attention to their arguments.

Usually the opposing party likes to put forward new people to make the rebuttal; to give them a boost. Not Nancy and Chuck. They will hold onto the reins of power, even after their dead apparently.