It is good that the Pope spoke out. Let’s hope the clergy hear him. The Catholic vote usually determines the election and the lastet polls have Obama in the lead. That would be a tragedy for our Church, Christian churches and our nation.

“It is imperative that the entire Catholic community in the United States come to realize the grave threats to the Church’s public moral witness presented by a radical secularism which finds increasing expression in the political and cultural spheres. The seriousness of these threats needs to be clearly appreciated at every level of ecclesial life. Of particular concern are certain attempts being made to limit that most cherished of American freedoms, the freedom of religion.” — Pope Benedict XVI 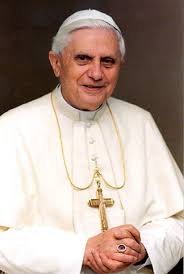