Sorry, but every time I see this guy

I see this guy 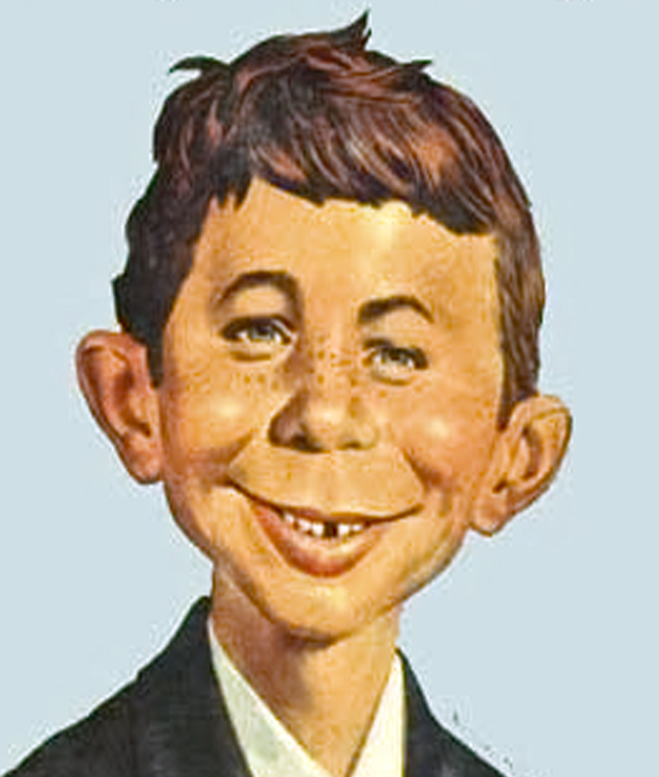 The 37 year old Mayor Pete Buttigieg is someone I just can’t take seriously.

I know he went to Harvard, was a Rhodes Scholar and served in Afghanistan, but those are more detrimental to him than beneficial today. Clinton and Obama both went to Harvard and Yale (but missed military service) but so what? They were horrible presidents with little knowledge of the world outside of politics.

Same with this guy.

The fact that he’s gay – which he never fails to ram home to us – may get him primary votes from those who like to shock normal Americans, but it will also turn off many. The black vote in particular is said to be more anti gay than the majority population. This is a constituency the Dems must have.

So maybe he’s shooting for the vice president slot.

Has anyone considered his background seriously? Dad was a professor at Notre Dame who was a proponent of Marxism and Communism. Not just a fringe guy; Dad pushed it hard and it rubbed off on his son. Notice how the media overlooks this bit of information?

They tend to skip over his record as mayor of South Bend. His stewardship appears to have been both bad for crime and bad for jobs.
Here’s a report from Front Page:

On March 31, a South Bend grandma brought her grandson to the hospital. The 11-month-old baby boy had been shot. His grandmother’s car had also taken fire. It was another early morning in South Bend.

Around the same time, Mayor Buttigieg, was toting up the $7 million in donations from his charm offensive as his bid for the 2020 Democrat nomination got underway. The national media never bothered reporting the shooting of an 11-month-old boy in the city he was supposed to be running, but instead confined its coverage of South Bend matters to a publicity stunt wedding officiated by Buttigieg.

The horrifying shooting of an 11-month-old boy on the millennial mayor’s watch was not an unusual incident. In the last few days, even as the media was gushing over Buttigieg’s presidential ambitions, two Indiana University South Bend players were injured in a shooting on Notre Dame Avenue, a blind date ended in a shooting, and yet another shooting added to the bloody toll in the real South Bend.

Those are quite a few shootings for a city of barely 100,000 people. But South Bend is a violent place.

While Chicago is notorious for its murder rate, in 2015, Buttigieg’s South Bend actually topped Chicago’s 16.4 homicides per 100,000 people with a homicide rate of 16.79 per 100,000 people. Those numbers put Mayor Pete Buttigieg’s city on the list of the top 30 murder capitals in the country for the year.

In January, three shootings in one week killed two teens and left a woman paralyzed from the waist down. In one summer week, the casualties included a 12 and a 13-year-old. Last year, a man shot 6 people when he opened fire on 50 partygoers in a house and was sentenced to 100 years in jail.

By 2017, shootings had risen 20% on Mayor Buttigieg’s watch. Rapes increased 27% and aggravated assaults rose from 183 in 2013, the year before Buttigieg took office, to a stunning 563 assaults.

It’s hard to know which are flying faster, bullets in South Bend or dollars into Buttigieg’s campaign.
Mayor Buttigieg excels at buzzwords and gimmicks. He’s just terrible at actually running a city.

That’s why property crime in South Bend is rising. It’s why the city is overrun with gangs. It’s why South Bend is poor, blighted and miserable. Violence is just one of the many symptoms of Buttigieg’s failures.

Buttigieg’s failed city is a tragic counterpart to Lake Wobegon where everything is below average.

The media has ignored the reality in South Bend while touting Buttigieg as a rival for the hearts of Rust Belt voters. But Buttigieg hasn’t won by winning over traditional Rust Belt voters. South Bend’s white population has dropped steadily on his watch and the city is on track for majority minority status. The remaining white population is skewed toward a white lefty elite coming for its educational institutions.

South Bend isn’t a typical Rust Belt city. It’s a typical blue city, divided sharply between poor minorities and a leftist elite without any of the culture or tech industries that keep New York or Los Angeles going. Its traditional population has been leaving steadily and that departure only accelerated during Buttigieg’s disastrous time in office.

Much has been made of Buttigieg winning reelection by 80%. This isn’t a testament to his unique charisma. Democrats have had a lock on the mayorality in South Bend for two generations.

The media cheers that Buttigieg won 80% of the vote. It neglects to mention that it was 8,515 votes. That’s about the 8,369 votes that came in during the primaries. Buttigieg raised $337,161 dollars while his Republican opponent, Kelly Jones, had raised $584 dollars. The millennial wunderkind needed $40 bucks a vote while his unknown Republican opponent managed at around a quarter a vote.

Like South Bend’s poverty and crime statistics, these are figures that the media doesn’t report because it would reveal that their shiny new candidate is a hollow façade with nothing inside except spin.

Mayor Buttigieg isn’t winning 80% because he’s universally beloved. That percentage isn’t a testament to his popularity, but to a political system in which hardly anybody except a few lefties bothers to vote.

The truth about “Mayor Pete” is that he’s the son of a Marxist prof working in Notre Dame who used the death throes of a dying city to polish his brand and then jump into the 2020 race over dead bodies.

South Bend is a human tragedy. And while Buttigieg isn’t solely responsible for his woes, he has exploited it, instead of trying to fix it, using buzzwords and gimmicks to build a national brand.

That’s something he has in common with fellow failed hipster mayor and 2020 candidate, Cory Booker.

But Senator Booker was at least clever enough to put a little distance between his tenure in Newark and his 2020 bid. Mayor Buttigieg is betting that the national media won’t bother looking at South Bend.

So far he’s been proven right.

The media keeps touting Buttigieg’s Ivy League credentials, his identity as a gay politician, and his charm. When it mentions South Bend, it’s only to claim that he “turned it around” and that he won his last election by 80%. South Bend hasn’t been turned around. Downtown has gotten a hipster revamp, while the rest of South Bend chokes on crime, violence and misery. But Buttigieg knows that the national media will never bother doing more than reporting on new bike paths and an organic grocery.

The 11-month-old boy who came into the hospital with a wound in his shoulder won’t catch their eye. But as Mayor Buttigieg keeps raising money hand over fist, South Bend continues to bleed and die.

And Buttigieg is hoping that he can sneak into the White House before the blood gets on his hands.

Pretty damning.
Don’t forget hypocrisy, too. He likes to throw verbal bricks at Vice President Pence concerning his religious beliefs and values. But when it comes to Buttigieg, Pete says Pence should not concern himself with his beliefs and values. OK for Pete, not for Mike.

Unfortunately for the media, few listen to them anymore. People find out the truth in other ways. They can’t polish up this candidate.