Louis XIV famously constructed the palace of Versailles to ensure that the nobility would be attracted to the glamor and the prestige and leave their own castles and Paris to come to his court. This made sure that he always had an eye on them and kept them under his control.

Washington DC needs to do the same – in reverse. We need to get those bureaucrats out of their cushy jobs where they protect each other and construct their own government. I’d like to see the IRS in Davenport, HHS in Texas, etc. You get the picture.

President Trump and Agriculture Sonny Perdue are doing just that. Why wouldn’t agriculture people want to be closer to farms? Makes sense.

Not to the employees. They want to stay in DC. Maybe they get allergic smelling hay.

According to the Hill:

Members of the American Federation of Government Employees turned their backs on Agriculture Secretary Sonny Perdue on Thursday, apparently over plans to relocate them from Washington to the Kansas City area. 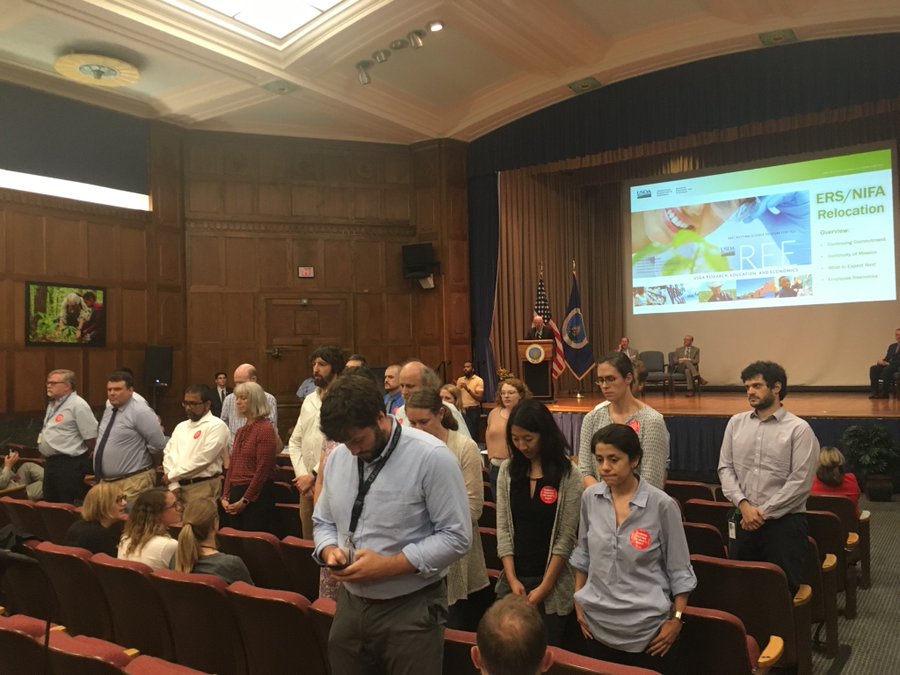 Perdue announced Thursday that two of the Department of Agriculture’s research agencies, the Economic Research Service (ERS) and the National Institute of Food and Agriculture, will be relocated to be closer to major farming regions, according to Politico.

While Perdue has justified the relocation as a way to improve customer service and save taxpayers up to $20 million per year, some ERS employees have said it is a political move, according to the publication.

Specifically, some ERS staff have expressed suspicions the relocation is an attempt to shrink the agency and weaken its ability to conduct research that does not align with the Trump administration’s policy agenda.

Bingo. And the American people’s agenda, too.

Let’s hope this movement spreads to other agencies. Without their bureaucratic scaffolding to keep their structures the way they want them, maybe some money would be saved, some superfluous employees removed, dedicated replacements hired and our needs be met.