President Trump has once again riled the Dems with his recent comments on Baltimore and its duly elected representative, Elijah Cummings.

Imagine, he had the gall to attack that city of harmony, low crime and few murders. You think? Here’s what sparked the latest conflagration.

We remember the mess in Baltimore in 2015 when six police were accused of killing Freddy Gray and pursued by Mayor Stephanie Rawlings Blake and special prosecutor Marilyn Mosby. Riots ensued but in the end the police were exonerated (can I use that word?).

What precipitated this recent outburst by the Prez?

A black Republican Maryland strategist, Kimberly Klacik, has been making videos of the dire conditions in Baltimore.

Criticism swamped her and she then tweeted, “So I am receiving calls that reporters are working on a hit piece on me. It is truly disappointing. Residents asked if I could help get the trash removed. I filmed it, posted it. You would think people would be upset that their brothers & sisters are living in those conditions.”

Nothing riles libs more than when a black Republican woman dares to criticize them. Trump provided back up.

Then he also knew that Cummings was in Italy with Nancy Pelosi. One of these junkets Congress people do during recess; i.e. spending taxpayer money for nice vacations.

This one was especially nice. They were at Restaurant Terrazza in Venice. Below she’s seen entering the five star rooftop place in the posh Hotel Danieli. 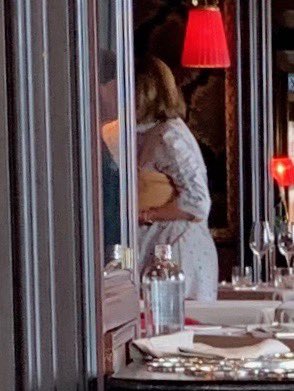 Of course the Dems always deflect by making it about race.

OK. Let’s make it about race because the people suffering the most in Baltimore are black. They’re the ones who have to put up with rat infestations, homelessness, drug problems, murders and crime. Yet their black leaders do nothing about it.
Maybe Baltimore’s angry constituents will speak up about this, fueled by the President.

Then Trump could turn an eye on Memphis and our equally unwilling to govern congressman – the culture appropriating (remember he thought he should be in the Congressional Black Caucus), fried chicken eating Steve Cohen.

Our city is rife with crime and bad living conditions for blacks. Cohen loves shooting his mouth off, but what has he done – ever? He just managed to get a bill up about soring horses, which is fine with me, but does that address the major problems of the 9th district?

Please, President Trump turn your attention to Cohen. He has it coming and he can hardly hide behind the race card.

You have to admire a president who will take all the incoming Trump does for the American people. Most would not be able to take it.
Someone’s got to point out the neglect and hypocrisy of these Democrat run cities. The difference does lie in the Democrat part, not the race part.