Hagerty is a candidate for Senate from Tennessee. We will soon vote on the Republican candidate in our primary. His principle opponent is Dr. Manny Sethi.

Here’s what the article says:

“R.J. O’Brien stands proudly with the African American Community in support of EQUALITY & PEACE,” the message read, followed by the #BLACKLIVESMATTER hashtag.

The firm then boasted of donating to the National Association for the Advancement of Colored People (NAACP) legal fund.

The message from Hagerty’s firm came on the fifth day of rioting and looting across American cities, May 31st. Just one day after a molotov cocktail attack on police in New York, and moments after President Trump had signaled his intent to declare Antifa a terrorist organization: 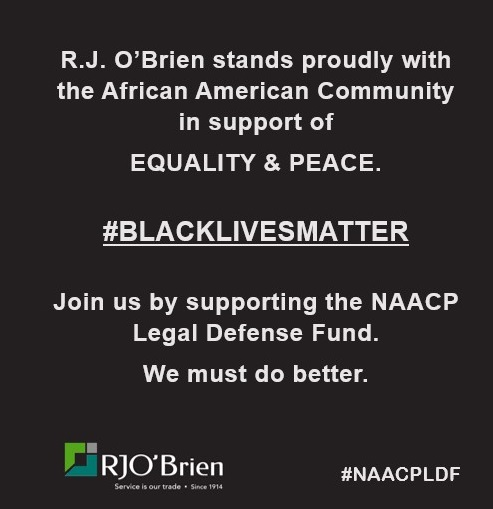 R.J. O’Brien’s BLM support under Hagerty’s purview calls into question whether or not the Republican candidate can be trusted to uphold conservative values as an ally of President Trump in the Senate.

His allegiance to Trump-style conservatism is already under scrutiny in light of his close political and personal relationship with Mitt Romney and affinity for John McCain – both noted NeverTrumpers.

No wonder, perhaps, that his firm released a litany of pro-Marxist content.
Black Lives Matter has spearheaded the push to “defund the police,” has vowed to “burn down the system,” and was conceived of by self-avowed “trained Marxists.”

R.J. O’Brien shared the message on platforms including Twitter, Facebook, and LinkedIn, reaching tens of thousands of people.

Hagerty’s latest financial disclosure, filed on July 7th, reveals his position as both director and board member of the company since December 2019, along with a compensation rate of $50,000.

The report does not specify the time period for which the salary was paid, though Hagerty’s affiliations with R.J. O’Brien are widely mentioned in biographies of the Senate Republican candidate.