Fox’s The Five took a look at no mask wearing, rule violating Nancy Pelosi’s visit to the hairdresser. Even Juan Williams had to admit it looked bad and her excuse – that she was set up – was pathetic: 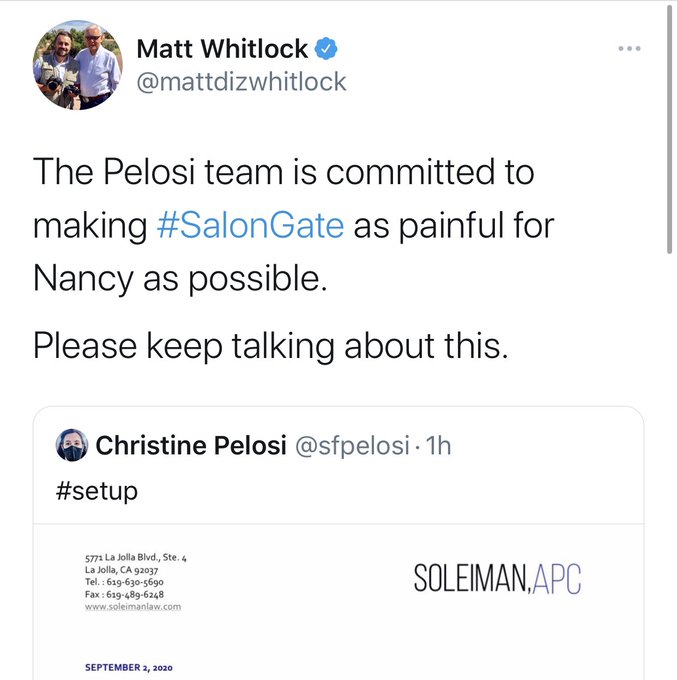 So the “set up” was Pelosi asked a salon to let her get her hair done in violation of local coronavirus guidelines & the salon owner let her then shared the video of Pelosi breaking the rules to show Pelosi’s hypocrisy, & so now Pelosi’s allies are out to destroy the salon owner. 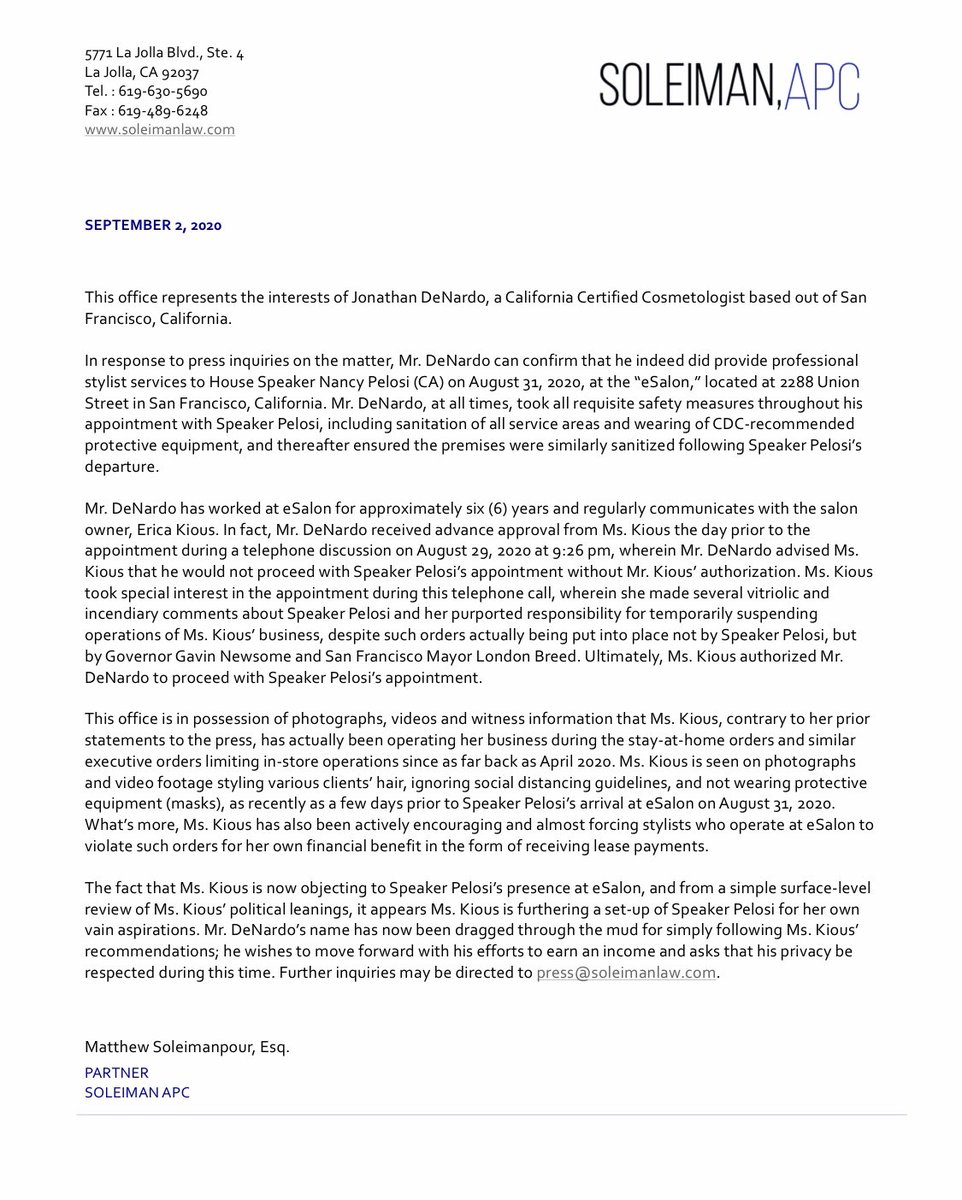 Yet Another Chapter of ‘Nancy Pelosi, Master Strategist’

Interesting that Nan immediately blamed her dis-tress-ingly (sorry) bad judgment on a set up. Why? Because that’s exactly the kind of thing she would have done to a Republican in her position.

She can’t plead innocence really. Her nephew, Gavin Newsom, is governor of the state she lives in and represents. You’d think she’d know about his rule. But then again, there is a different standard for the important people and you peasants.

It is one of those demonstrably tangible examples of the Democrat way of life. Nothing could make it more personal than a trip to the salon for her, but not for you. Just like Hillary, she’s exempt from breaking the rules.
Now it’s Nancy’s turn for the lock her or her locks up chant.

Instead of Pelosi getting punished, the salon owner is now getting death threats and insults from the oh so liberal progressives. How typical.

Pelosi’s daughter famously claimed that she was a master politician. The past two years have shown that she’s a master in her own mind, but no one else’s. This was an epic blunder.