While the Left/media/Democrats continues to delight in the illness of President Trump and the First Lady – hoping for their demise in tweets and stories – like this from a former Obama/Clinton employee: 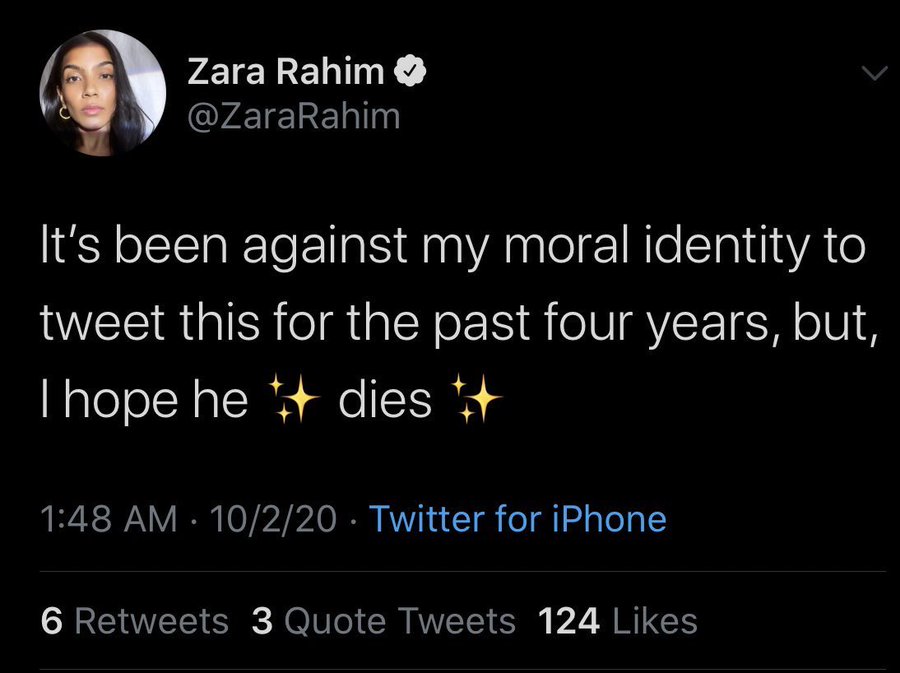 many Americans have taken another approach.

Many of us are praying for them, sending them best wishes and hoping for a speedy recovery. Who knows the ways of God, but maybe something like this is needed to get this nation back to prayer.

Isn’t it refreshing to see a media person actually stop and pray?

Last night, after President Trump went to Walter Reed hospital, a flash mob of supporters gathered outside, with their signs.

Someone in California saw this and sent the group pizzas. 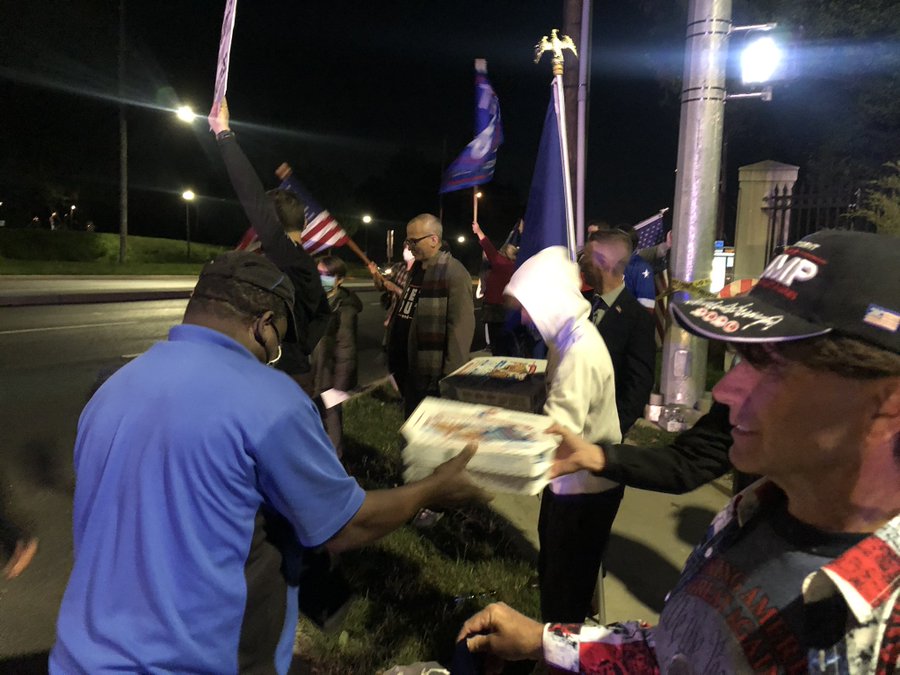 The Trump team noticed and sent Mark Meadows out with chocolate:

We all feel somewhat powerless against this virus and against the near demonic Left. There is something we can do, though, something powerful. That is to pray.