What a contrast between Trump rallies where people are energized and dancing to YMCA and the hysteria the Democrats are engaging in.

There are ample videos of women screaming about Trump, screaming after the death of Ruth Bader Ginsurg and about the election.

Here’s Michigan Governor Gretchen Whitmer in an interview on Sunday. If you look on the table behind her she has something that says 8645. 86, of course, means to kill someone and 45 refers to President Trump. When do you allow hatred that strong to possess you? 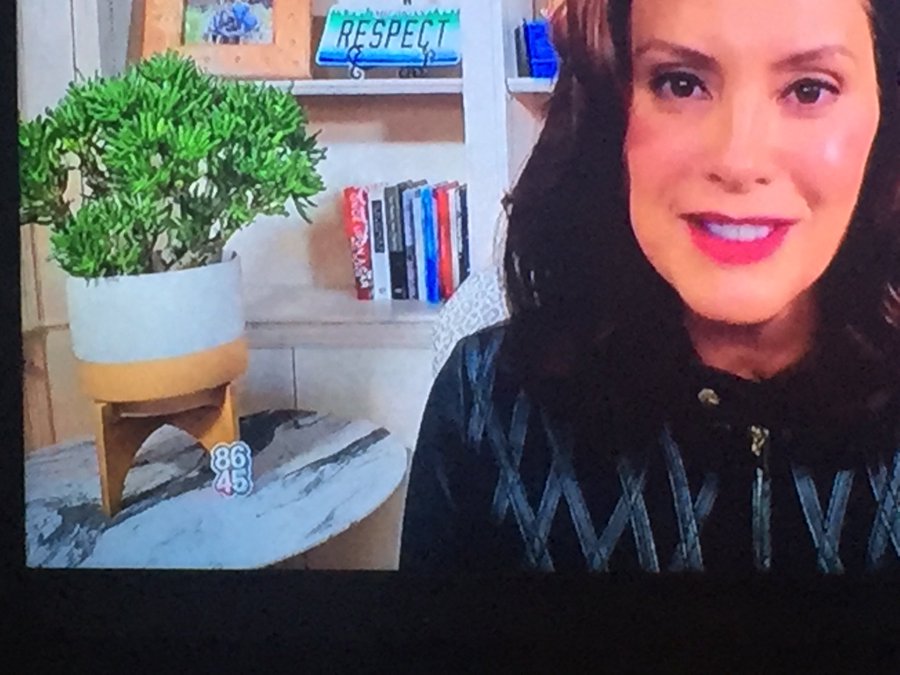 Or how about this: CNN’s legal analyst Jeffrey Toobin was caught masturbating on a Zoom call. The call concerned the election. “Two people who were on the call told VICE separately that the call was an election simulation featuring many of the New Yorker’s biggest stars: Jane Mayer was playing establishment Republicans; Evan Osnos was Joe Biden, Jelani Cobb was establishment Democrats, Masha Gessen played Donald Trump, Andrew Marantz was the far right, Sue Halpern was left wing democrats, Dexter Filkins was the military, and Jeffrey Toobin playing the courts. There were also a handful of other producers on the call from the New Yorker and WNYC.”

What sane person does this?

In Boston Antifa members held a satanic ritual in the street over the weekend. This time the Antifa drank blood and squeezed a heart in the street. The heart was supposed to be Trump’s and they shouted that catchy and intellectual refrain F— Trump. Then they danced around a burning US flag chanting, “Praise to the chaos god!”

Then there was the man in Chicago who said he was a member of Black Lives Matter, dangled from Trump Tower and threatened to cut the rope with his knife unless he spoke to Trump. He broadcast this live on Facebook.

Or at the Women’s march in Washington over the weekend when a Trump supporter was stomped, beaten and choked.

And the young black Trump supporter in San Francisco who was beaten and had his teeth knocked out.

And here’s something really scary:

Conservative Union president Matt Schlapp tweeted, “These fliers are being left in Kansas City neighborhoods. This on top of our former KS National Committeeman getting run over on his yard due to his Trump sign. Please pray that America will reject this violence and hate.”

No wonder you don’t see many Trump signs.

Nor is there much ammunition or guns to purchase. People are afraid.

You ever just sit in your car and pic.twitter.com/nIuzEM16RU