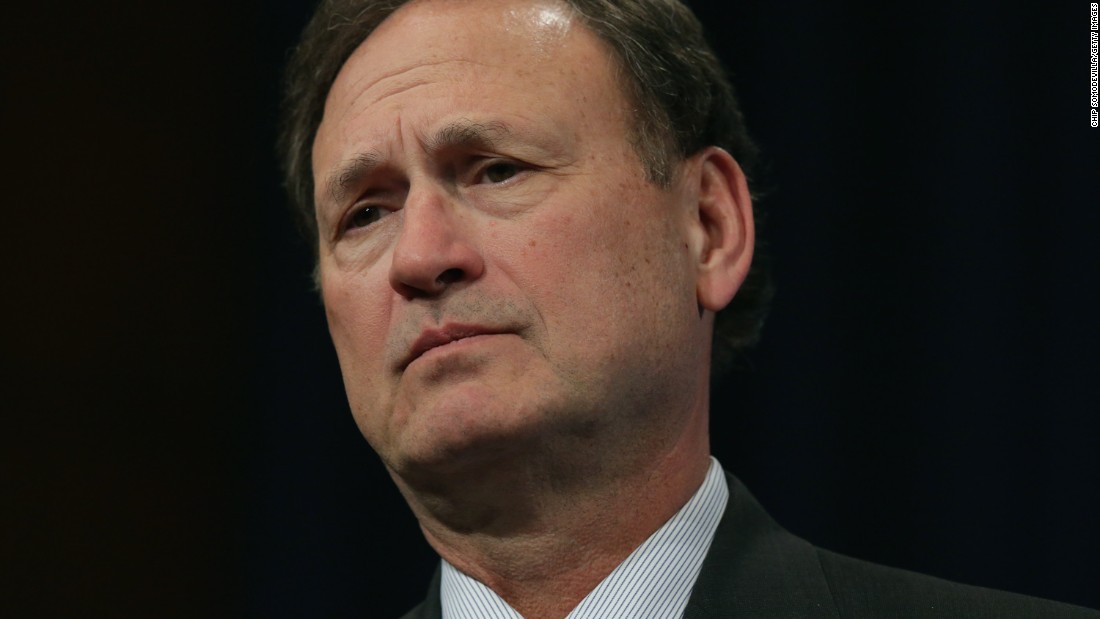 Supreme Court Justice Sam Alito, a reliable conservative, puzzled many with his latest ruling regarding Pennsylvania.
It was in response to an action filed by GOP Congressman Mike Kelly, and, I believe, Republican candidate Sean Parnell, seeking to declare unlawful the mail in voting scheme used in that state.

Alito, who is in charge of the Pennsylvania and some other states for the Supreme Court, ordered Pennsylvania and other defendants to respond by Dec. 9. That’s a day after the last day that state’s electors could be named. Dec. 8, the “safe harbor” date, is one Congress imposed but states don’t have to adhere to it.

Many of us worry that Alito might have been helping the Left.

According to some, this could be interpreted differently.

Meaninginhistory.blogspot has an excellent summary.

Yes, it’s true that Alito gave PA until the day after the Safe Harbor provision is triggered.

But … the SCOTUS isn’t bound by the Safe Harbor provision if it believes the legal challenge to the election has merit.

That means they could still enjoin the state from sending electors to the Electoral College meeting.

Now, with that in mind–Why would Alito give PA so much time to respond?

Perhaps, in view of the fact that a totally politicized Supreme Court of PA behaved in a shamefully political manner and, by their lawless actions, deprived the citizens of PA of a free and fair election, the SCOTUS is preparing to drop a legal MOAB on PA.

What would that legal MOAB consist of? This is the argument of William Jacobson at Legal Insurrection (short version):

“There is a lot of chatter that such a long period of time, under the circumstances, must be a way for Alito to let the application die on the vine, … Certainly, we can’t read Alito’s mind, but if there’s anyone on SCOTUS I don’t worry about playing such games, it’s Alito (and Thomas, too early to tell for Gorsuch, Kavanaugh, or Barrett).

“…, Alito giving the respondents’ enough time to fully prepare opposition likely means he and some other Justices take the matter seriously, and plan to rule on the merits once the opposition is submitted, rather than limiting their ruling to emergency injunctive relief. … The few days gives the Justice enough time to prepare their respective opinions — it’s not like they really need briefs from the respondents to know the counter-arguments.

“What that ultimate merits ruling would be remains to be seen. …

“The issue I keep coming back to is what is the remedy. SCOTUS could rule that the non-absentee mail-in votes were unlawful, and order that PA certify the vote and appoint electors based on the lawful vote only. That seems to be the only remedy to grant relief that works under the timeline for selecting the electoral college. …

“Would SCOTUS take such a step? It would mean that millions of voters who honestly thought they were lawfully voting would not have their votes counted. Don’t think for a second that the Justices don’t understand the political implications or are not sensitive to them.

“I think we’ll find out one way or the other, but I don’t think Justice Alito is playing games to allow the case to die on the vine.”

With that said, SWC (shipwreckedcrew at Redstate) offers his MOAB theory, which is this:

“I’m not 100% certain in how this would play out beyond a Court decision — maybe that will be my next research project — but let’s suppose that the Court rules in favor of the Kelly Plaintiffs on the merits, and invalidates the “no excuse” mail-in voting scheme imposed on the Pennsylvania electorate without their consent as is required under the Pennsylvania State Constitution. What remedy other than simply declaring the 2.3 million mailed-in votes invalid might the Court impose? That would be a ‘naked’ decision by 5 or more Justices to change the winner of Pennsylvania’s 20 electoral votes — a step I think the Court would be highly reluctant to take, as history would always reflect that it was the Court who chose the winner through its jurisprudence.

“But, something I think the Court could bring itself to do is to simply declare the Pennsylvania contest voided — and to do so at such a time that prevents Pennsylvania from naming any electors to the Electoral College. That would shut the state out of the 2020 process of electing the next President.

“This would be justified by the simple fact that the Pennsylvania General Assembly and the elected officials of the Pennsylvania State Government are all to blame for the manner in which the election was conducted. They violated the rights of all Pennsylvania electors who were entitled to vote on the Constitutional Amendment adopting ‘no excuse’ mail-in voting by imposing that scheme through Act 77 in violation of the Constitution.”

That would unquestionably be a legal MOAB. The flaw that I see in this argument–interesting though it is–is that it ignores the evidence of massive fraud (in the mail in and absentee voting) and thus treats fraudulent votes as on a par with the votes of those who voted according to the laws enacted by the legislature. That hardly seems like a just procedure to me.

Nevertheless, the bottom line as it seems to me is Jacobson’s argument that Samuel Alito isn’t the guy to play games to allow a legitimate challenge to die on the vine. The conservatives on the SCOTUS, for whatever their personal foibles may be, are all serious people who cannot possibly be resting easy with what they see happening to our constitutional order. Jacobson’s argument therefore carries some weight: There must be something in the offing beyond game playing.

The further problem that neither Jacobson nor Shipwreckedcrew addresses is that Pennsylvania–while obviously the most important state in dispute because of its large number of electoral votes–is only one of many states in which state officials violated the fundamental right of their citizens to free and fair elections. Addressing Pennsylvania alone would be inadequate. And perhaps that also has to do with the delay.

The egregious and evident fraud that took place surely cannot sit well with the Justices. They must know that millions of Americans – probably 80 million – are seething and chafing at what is happening.

If they and the state legislators care about the republic – and that is a big if – they will act and end this nightmare, restoring the republic.