As terrible as it was that Trump was denied the landslide election he won, it has done some good.

Every day since we have learned more about the gap between the elites “running” the country and American citizens. We didn’t know the entirety of the coup nor all the players in the past four years. We are learning daily now.

I don’t pretend to understand the complexities of the Wall Street game of shorting the market, but it is more apparent now that it’s a big club and we’re not allowed into it. William Sullivan at AmericanThinker summarized how a sub Reddit group attacked the market gurus:

Here’s how that happened. Hedge fund Melvin Capital had opened a large short position (i.e., it sold borrowed stock) on GameStop in hopes that the price would fall and it could buy the stock at a lower price in the future to profit on the difference. Instead, GameStop’s stock price increased meteorically. Facing unknown and unlimited risk, the hedge fund had to cut its losses by closing its short positions, i.e., paying a much higher market price for the stock they’d borrowed and sold, thus absorbing heavy losses.

These losses were so heavy that Melvin Capital had to secure billions in “rescue capital” from other prominent hedge funds, according to the New York Times. These hedge funds are collectively such influential players in the stock market that this event had ripples felt throughout the marketplace, manifesting as a declining market even as GameStop’s stock surged. As Naeem Aslam at Forbes observes, covering these short positions requires the “liquidation of long positions in hedge funds,” which causes a “broader sell-off” in the market. This type of thing isn’t new, he writes. “In 1902, we also saw an episode of this when Northern Pacific stock price increased several times while the rest of the market crashed.”

Wall Street asked Reddit to shut the group down, which they did temporarily. The next day, Wall Street fought back. They want regulations in place to stop this kind of action. The White House quickly came to their defense.

In other words, there is one set of standards for them, another for us.

It’s the same with free speech. Maxine Waters can tell Democrats “to get in the faces” of Trump people; Obama can tell his followers to “get a gun” when “they get a knife;” rioting and destruction can be done by BLM and Antifa, but peaceful citizens cannot hold rallies at the Capitol. Your children have to stay home during the pandemic while the elite send theirs to private schools or get tutors. We must lose pipeline jobs in exchange for green energy projects while the elite sashay across the globe with their private jets and big carbon footprints.

Today we learn that the Capitol will have a permanent security fence around it to keep the elites inside safe from the American people. Remember, no border wall for you, though. 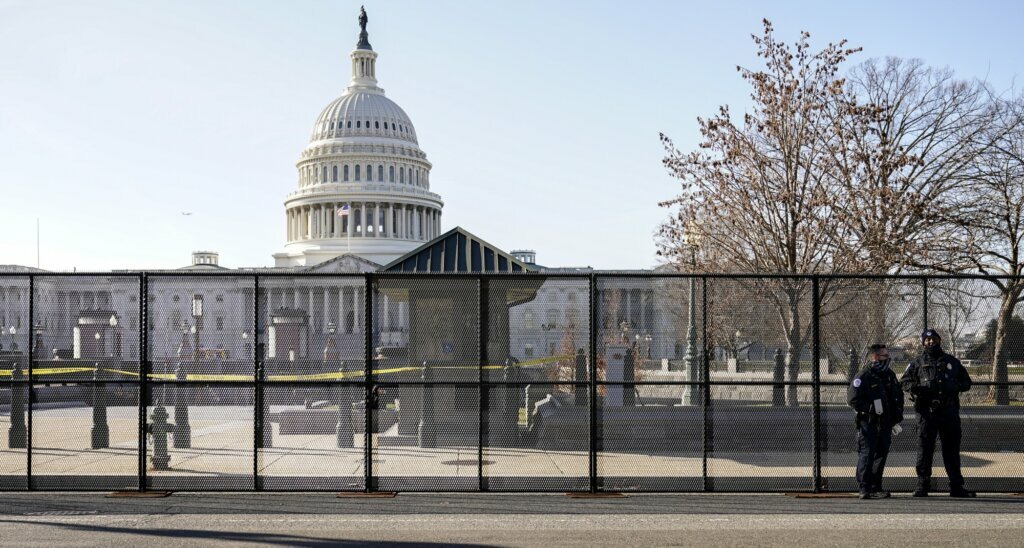 In other words, the governed must never be allowed near the governors.

All this in the first ten days of the Biden administration. What next?