Every day we wake up to another woke celebrity/wannabecelebrity/oligarch sharing his/her/xe opinions on how ordinary Americans should lead their lives.

Foremost among the admonitions is that of wearing a mask. No, two; no, three; maybe four! Not to wear a mask is considered by the celebretti a crime against humanity. No matter that they provide the same protection that a chain link fence does for a mosquito, we are told to mask up or granny will die. 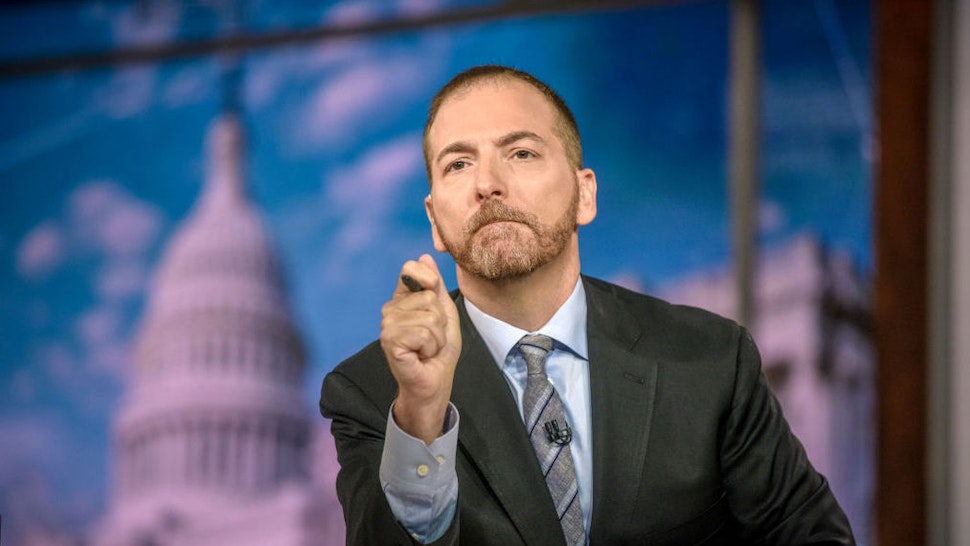 Yesterday it was the detestable Chuck Todd who on his Meet The Press daily MSNBC show told Texans suffering in the cold, “the only upside here is I assume the cold weather motivates people to wear a mask, because it’s one extra layer on your face.” He went on to insult Texans even more. Todd said this was a serious matter because the storm has affected people in major Texas cities and not those who live in “rural areas.” That’s really how they feel in New York, DC and LA. If you’re not in a city, you don’t matter.

Thanks for the compassion, Chuck.

Bill Gates did not disappoint either. The billionaire Microsoft co-founder advised, “Countries that are well-off economically should give up meat entirely.”
Gates made the claim in an interview published Sunday in the MIT Technology Review, in which he touted his new book, How to Avoid a Climate Disaster.

Asked if plant-based and lab-grown meats “could be the full solution to the protein problem” globally caused by addressing the “highly potent emissions from burping livestock and fertilizer.” Gates said that poorer nations should be allowed to consume meat – but, prosperous nations should abstain from it entirely:

“So no, I don’t think the poorest 80 countries will be eating synthetic meat.

“I do think all rich countries should move to 100% synthetic beef. You can get used to the taste difference, and the claim is they’re going to make it taste even better over time.”

But, if citizens refuse to shun meat willfully, the government can “use regulation to totally shift the demand,” Gates said. “So for meat in the middle-income-and-above countries, I do think it’s possible.”

Gates is an investor, either personally or indirectly, in companies such as Beyond Meats and Impossible Foods, MIT Technology Review notes.

No wonder he wants the switch in wealthy countries!

When you’re another oligarch, Facebook’s Mark Zuckerberg, you can preach, but the same standards don’t apply to you.

He wants all of us to get the Covid vaccine. On Facebook, he insists on it. Project Veritas points out:

Facebook announced last week that they are “expanding [their] efforts to remove false claims on Facebook and Instagram about COVID-19, COVID-19 vaccines and vaccines in general during the pandemic.”
Facebook said it would remove claims that vaccines change people’s DNA.
Facebook claims it wants people to “discuss, debate and share their personal experiences, opinions and views” as it pertains to the pandemic but will remove vaccine concerns from its platform that had once been expressed by their own CEO.

But that’s not what Zuckerberg really believes. Project Veritas caught him saying in July 2020: “But I do just want to make sure that I share some caution on this [vaccine] because we just don’t know the long-term side effects of basically modifying people’s DNA and RNA…basically the ability to produce those antibodies and whether that causes other mutations or other risks downstream. So, there’s work on both paths of vaccine development.”

But during a public live stream with Dr. Fauci in November 2020, Zuckerberg had a different take: “Just to clear up one point, my understanding is that these vaccines do not modify your DNA or RNA. So that’s just an important point to clarify.”

So you take the risk and he’ll abstain.