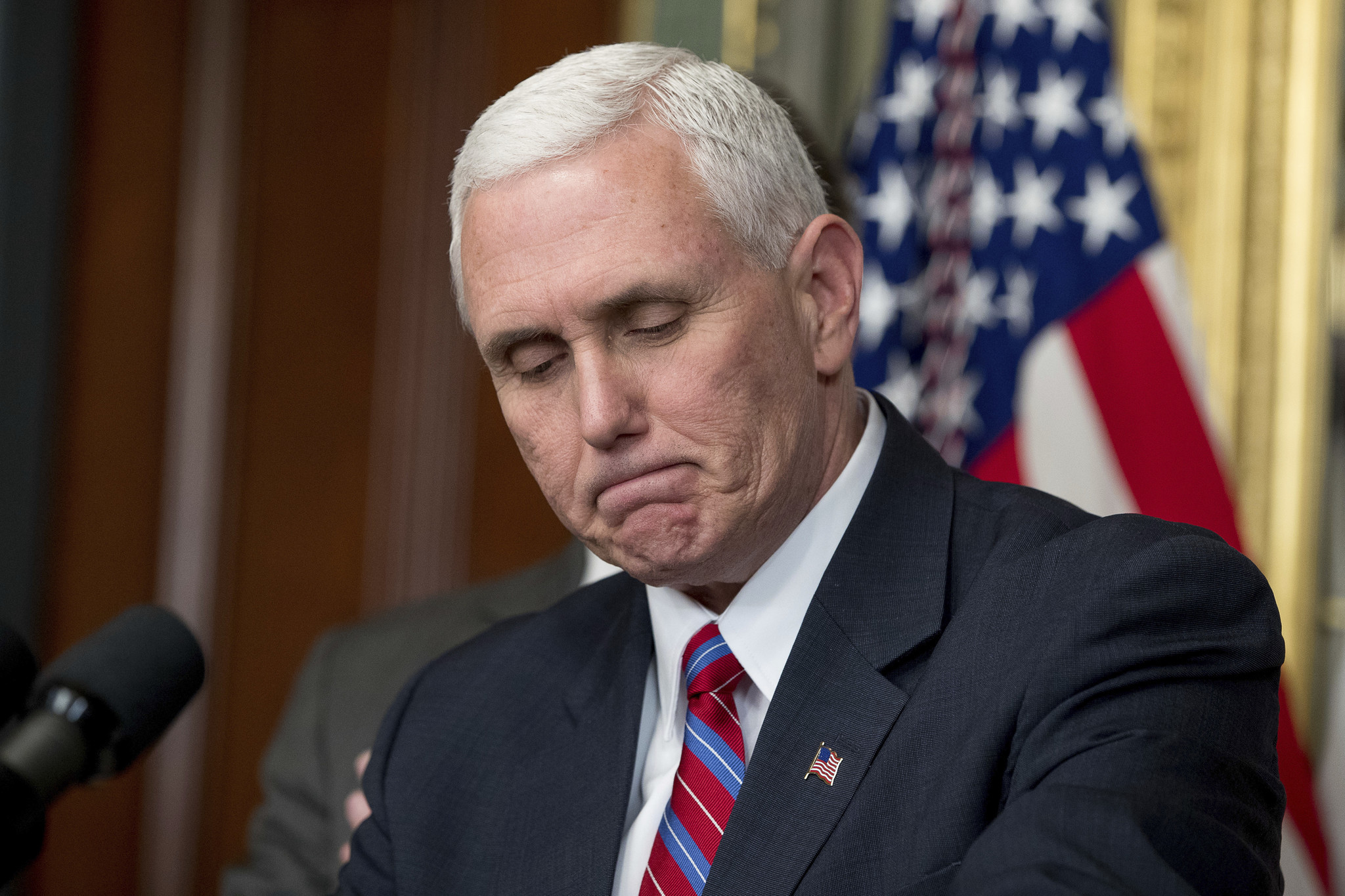 How bad was Mike Pence?

Worse than you thought. He had been backstabbing for the GOPe ever since he was chosen by Trump. Trump, a loyal person who values loyalty, must be beside himself at the treachery brought by his own handpicked sidekick.

I heard him personally at a Republican conference in New Orleans in 2010. He struck me as sincere and relatable. He had a knack for telling stories in a humorous way. Pence seemed to be great presidential material.

Once he got the VEEP nomination and the national stage, Pence came across quite differently. He seemed stiffer; he delivered speeches in a tone that was a little priggish. He lacked the common touch.

When he was given the pandemic issue to handle early last year, Pence floundered. I felt Trump gave it to him as a stepping stone for showcasing his talents and teeing him up for 2024. After a few weeks of namby pamby, Trump took over the press conferences. Trump was all over and on top of the situation. Pence faded. That was a tip off that Pence wasn’t really in the game.

An article at American greatness by Carmen Catanzaro explains more of what Pence was up to. It is a must read.

“Keep your friends close and your enemies closer” is a maxim of realpolitik and other matters where the stakes are high. To be effective in practice, an enemy invited into one’s organization needs to be kept truly close—that is, monitored carefully and always held accountable.

President Donald Trump appointed many NeverTrumpers and other enemies of his agenda—more significantly, enemies of his voters—to influential posts within his administration. In most cases, these appointees were not “kept close”—at least not close enough to prevent them from undermining his policies, his relationship with his political base, and his viability for reelection.

A true standout amid the vipers’ nest of Trump’s enemies who benefited from appointment to his administration is Nikki Haley. As disloyalty goes, she belongs in a class all of her own, enjoying urgings from Bill Kristol to run against Trump in 2020 even as she held office as a Trump appointee.

On the day when arguments concluded in the Democrats’ post-presidency impeachment trial of Trump, Haley was the subject of a fawning feature in the daily bible of the swamp, Politico.

Playing to her audience, Haley said “he’s not going to run for federal office again. I don’t think he’s going to be in the picture.”

Haley pronounced herself “disgusted” by Trump’s treatment of Vice President Pence. “Mike has been nothing but loyal to that man.”

Given a witness as untrustworthy as Haley, the question arises: Just how loyal was Mike Pence, anyway?

Haley collaborated closely with Pence during her tenure as Trump’s ambassador to the United Nations. As head of the transition team staffing the Trump Administration, Pence likely is largely responsible for NeverTrumper Haley gaining the sensitive and high-profile post. An indicator of the tight connection between Pence and Haley is that, in their gubernatorial campaigns in Indiana and South Carolina, they shared the same principal campaign consultant, the young Georgian Nick Ayers.

A Clone of Paul Ryan

As a member of Congress, Pence was never distinguishable in philosophy, rhetoric, or policy from John Boehner or Paul Ryan. As Trump’s running mate both in 2016 and in 2020, Pence resembled Mitt Romney’s 2012 running mate—and Romney himself—more than a fitting understudy to Donald Trump.

In his vice-presidential debate against Tim Kaine in 2016, Pence contradicted Trump’s policies on both Russia and Syria. Trump found it necessary to rebuke Pence over his remarks on Russia.

During the first month of Trump’s presidency, it was Pence who forced Trump’s unjust dismissal of National Security Advisor Mike Flynn, saying that Flynn had misled him. The question remains: did Pence torpedo Flynn with malice aforethought, or was Pence duped as a useful idiot by the get-Flynn lynch mob that had been set into motion by Barack Obama, Joe “Logan Act” Biden, James Comey, and John Brennan? This much is certain: Flynn and Pence were diametrically opposed over foreign policy.

Pence’s demonstrations of treacly piety help disguise the fact that he is a cunning creature of the swamp.

During Trump’s first year in office, when the president indicated he wanted to make good on his promise to pull U.S. troops out of Afghanistan, what did Pence do? He cut short an official overseas trip to team up with Secretary of State Rex Tillerson and Flynn’s unworthy successor, H.R. McMaster, in pressuring Trump to back down. This was an occasion when Trump was brazenly, publicly humiliated by his own subordinates.
“Why Would Mike Do That?”

In 2018, Trump was reported to be openly questioning Pence’s loyalty. This was when Pence attempted to install, as the vice president’s national security adviser, Nikki Haley’s top aide at the United Nations, while planning to allow this aide to work simultaneously on both Pence’s and Haley’s staff. Trump was informed that this man, Haley’s former pollster Jon Lerner—a man with essentially no background in national security policy or foreign affairs—had been responsible for big-spending anti-Trump ad campaigns in 2016. Trump ordered Pence to halt his plan to hire Lerner. The president was widely quoted on the occasion as having exclaimed, “Why would Mike do that?”

In 2019, Pence was at it again. Pence showed his neocon colors boldly when he took a high-visibility role in promoting the administration’s very un-Trump-like push for a “regime change” operation in Venezuela. Pence and the rest of the neocons are right, of course, that it would be in the United States’ interests for Communist dictator Nicolás Maduro to be removed and replaced by a pro-American leader. But their nonsensical embrace of a young, untested CIA acolyte, Juan Guaidó, was as absurd and feckless as any of the regime change and “nation-building” follies of George W. Bush.

Pence’s failed adventurism with Venezuela was a huge embarrassment to Trump. The president heaped blame on John Bolton for the Venezuela fiasco, but responsibility belonged at a higher level, with Pence.

Tellingly, Pence has landed a sinecure at Conservatism, Inc.’s mothership, the Heritage Foundation. There he will have a comfortable life reading woodenly from talking points unchanged in style or substance from those of the Bush-Cheney Administration. The Heritage platform and a PAC staffed with the usual suspects from the Republican political fundraising class will attempt to keep Pence “in the picture.”

Trump voters should think long and hard before transferring allegiance to Pence. Supporters of President Trump and his policies to get and keep America out of endless wars should retain Mike Pence’s neoconservative record in their memories. They should remember this especially whenever serial liars such as Nikki Haley laud Pence’s “loyalty.”